Congratulations to Devin Powers from our installation team for the
glowing review of his solo exhibition at Lesley Heller Workspace in the
New York Times.

A Kaleidoscope of Meaning on a Single Surface.

Devin Powers’s kaleidoscopic new paintings muster an elaborate physicality while corralling a profusion of references to different cultures, mediums and artifacts within their irregular borders. They might more logically be called painted reliefs, but they confuse matters by being so clearly derived from a single surface on which a mongrel process of drawing, painting and chiseling has run a bit rampant. And nothing is quite as rampant as the unhinged geometric patterns, defined first by automatist drawing and then by divots painted with contrasting colors, which give the best works a writhing, billowing energy.

The straight-edged geometries and muted colors of “Fragment” and “Cathedral” are less exciting than more colorful works. But low-key color works just fine on “Night Wind,” where the crisscrossing, curving composition conjures an elaborate toy train track (it has a few holes, where the chiseling went clear through). And the sinuous red, white and blue forms of “Through the Valley” bubble up to form a multipoint star with notable success, too. But for the most part, the loopier the better, as in the careering cavities of “Woden” and “Transformer.”

The visual references come hot and heavy: from early-20th-century Synchronism to Papua New Guinea shields and crazy quilts to middle-period Frank Stella. But the looseness of Mr. Powers’s hybrid technique, with its complex yet unpretentious results, is the main engine. With luck it will drive him into a territory that is more his own. 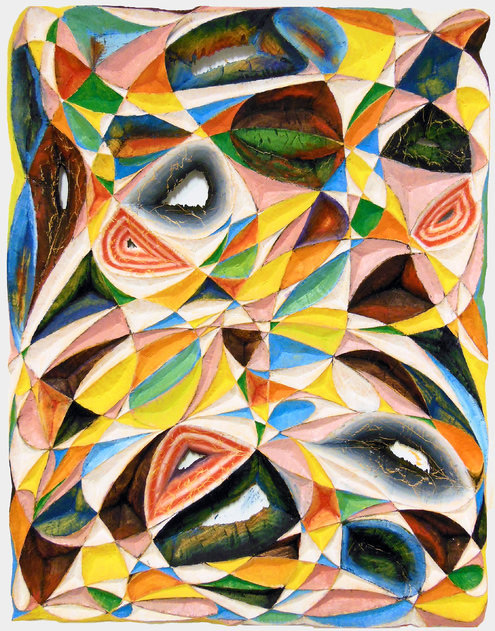 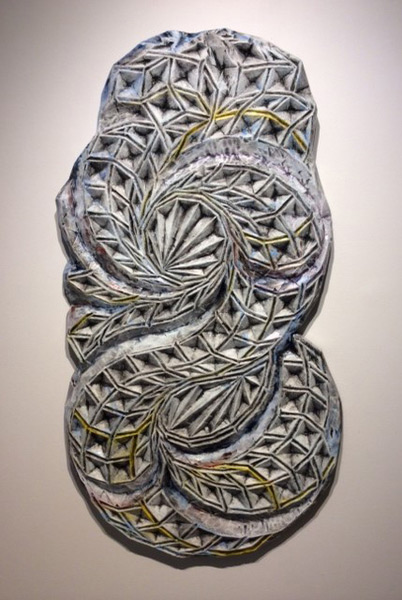 Posted in Happenings
Scroll To Top